Our Coaching Program is for Everyone

“Michelle and Yuri are awesome and the classes help push me to build strength and power & they help you to be safe!” -Camaira S.

My Story
This year has taught me that life and time are precious. And, how important it is to know yourself, as well as care about others. Hopefully, the story of my weight loss journey can help inspire, motivate, or show another lady that she is not alone.
One of my favorite quotes is from former First Lady Eleanor Roosevelt: "With the new day comes new strength." This is my motivation to get up and get moving at 5:15 AM -- when it's often dark and sometimes cold. My commitment to lose weight came from wanting to be healthier. The extra weight was taking a toll on my knees.
So, after driving past Iron Belle Studios multiple times, I finally called. I'm happy I did. When I started, I could not do a push-up or a jumping jack. But the trainers were patient; I was persistent; and the ladies in the classes offered much-needed encouragement.  Now, what a difference a year had made! I am down 100 pounds. I have learned how to listen to, yet challenge, my body. Most importantly, I have learned to believe in a brighter future.
Showing up fully, unapologetically, and living what's your best life nurtures the soul. Being our authentic self is how we make our mark on the world. Sometimes each of us needs encouragement and a community to help us along the way. That's what Iron Belle Studios brings for me. Thank you, 5:15 AM ladies. I appreciate each of you. The journey continues... 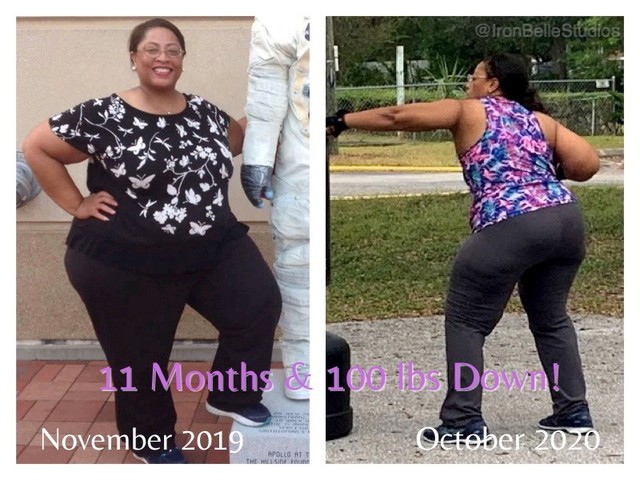 Before starting at Iron Belle Studios, Stephanie slept a lot, was depressed and ate late at night (and didn’t eat good food mostly fast food). She worked all the time and was miserable. She would see the women working out, and told herself that one day she would be at the studio too. Over the course of four months from when she first joined Iron Belle Studios, Stephanie has lost 15 pounds and her body fat has gone down by 7%. She has gotten noticeably stronger in weightlifting sessions, and has been encouraging other women to come to Iron Belle. She feels better inside and outside, and her clothes feel better. 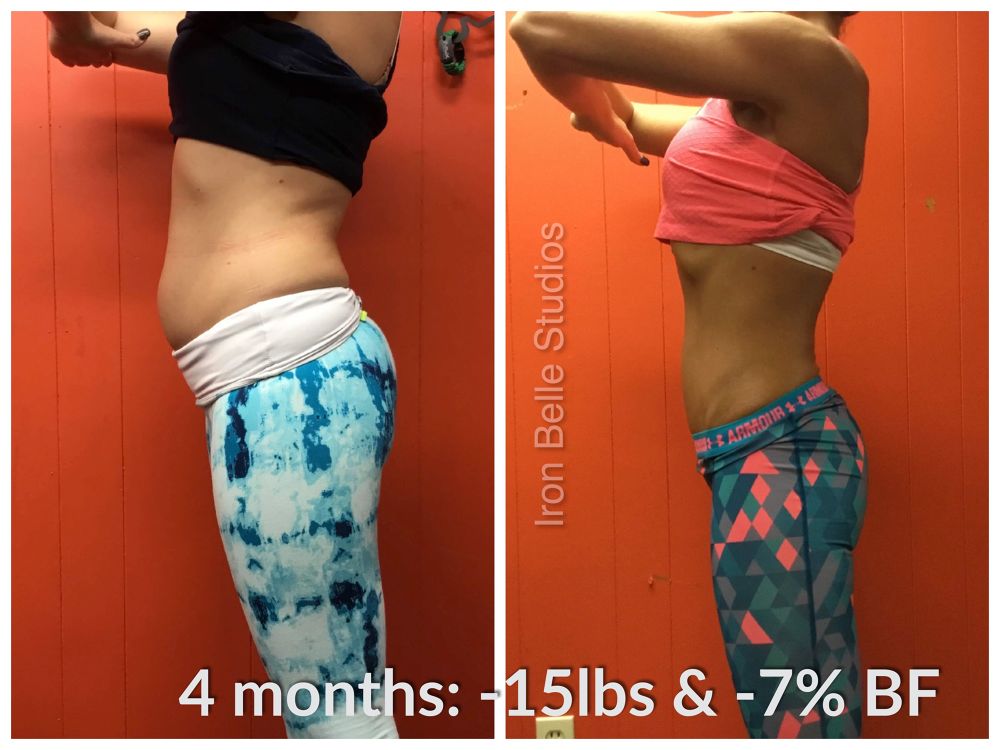 “When I started I could only lift 15lb kettlebells. Now I’m up to 30s. I’m proud to be a member! Their services are awesome. Love it.” 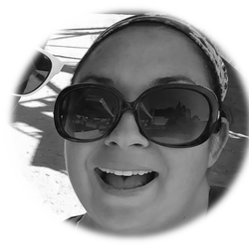 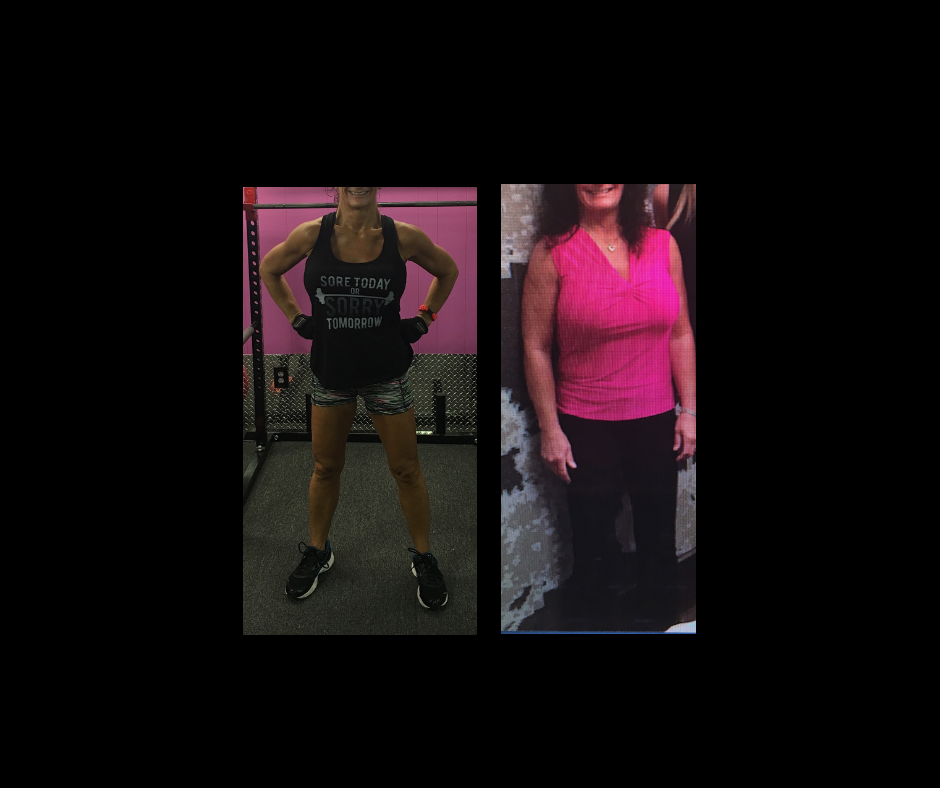 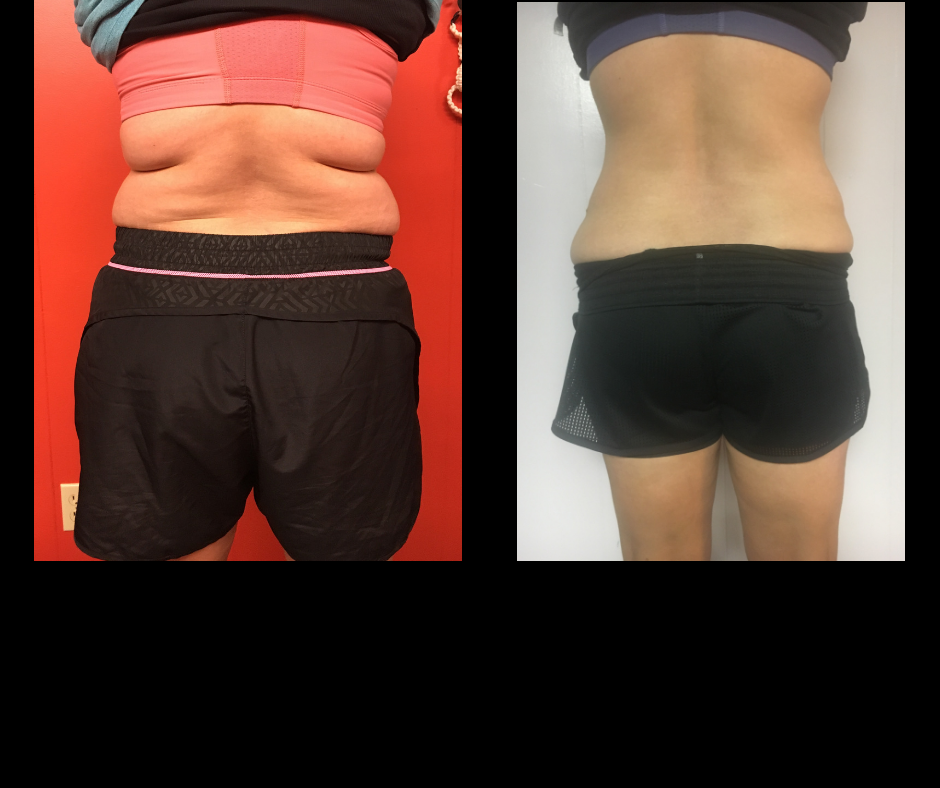 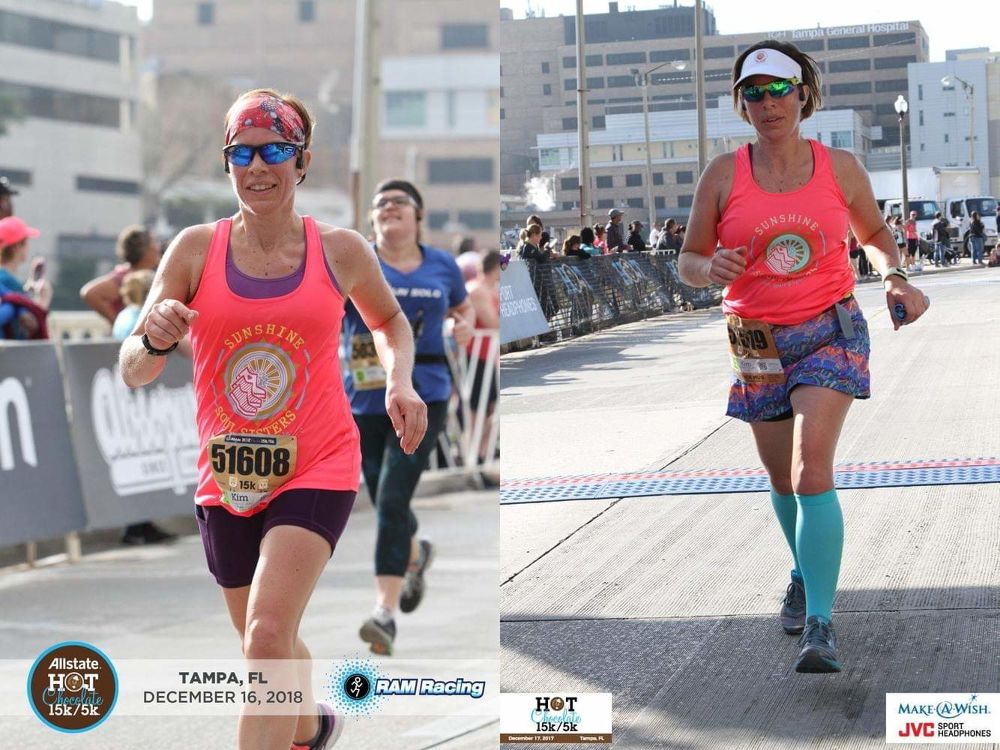 I have been at Iron Belle Studios for 5 years and am in the best shape of my life. Michelle is one of the best trainers I’ve ever come across. She is energetic, knowledgeable and extremely supportive. Our workouts vary on a daily basis so you never get bored. We have a wonderful group of girls who all inspire one another. I highly recommend Iron Belle Studios if you want to make a change in your life.

I am so grateful that I found Iron Belle studios. Working with Michelle I felt taken seriously, and I liked the whole approach which is really more than just “how can we get rid of that extra pounds” and more of a “how can we change your lifestyle! If your looking to change your life for the better Iron Belle is where you need to be!! Michelle will push you beyond your mental and physical limits and give you the results you want!!!

I love working out at Iron Belle Studio! I feel challenged and worked out in a short amount of time. There is always a different workout on any given day and that keeps it fun. The kettle bell exercises are my favorite. I love the supportive culture that is this studio- Michelle and Yuri play a huge role in that. I am constantly improving and working toward being the best version of myself and that feels great! I have a lot of support with the exercises I do, but also have nutritional guidance. I couldn’t recommend this studio enough!!!

Michelle and Yuri are the best! Their program works amazing and they make you feel so important, constantly helping me with form which is most of my problem when I try to work out alone. Never letting me slip up they really make sure you get one on one time with the trainer even in a large group with other people. I love it here I’m so glad I got introduced to them! Not only do they motivate you to look better but they also care about what’s on the inside too and to keep you at your best. Michelle makes it her mission to keep everyone happy and healthy. Here’s some of my before and afters.

Iron Belle Studios is the best!! Michelle, the owner, really lives for what she does and it shines through in her work. She is loud, hyper and a little in your face(in a good way). She is also very warm and welcoming. You feel as if you have been going there for years within the first few days. Yuri, the other coach, is sweet, calm, and is so great in helping to fix any problems or snafu’s. Both ladies really want to help women reach their health and fitness goals. The other women that go to Iron Belle mirror the warm and welcoming vibe and are quick to chat, help and laugh with you. It really is like getting personal training and fitness/nutrition coaching.

Michelle and the staff at Iron Belle are the best of the best. They know how to motivate clients to reach their goals through personalized attention and a level of dedication that you will not find elsewhere. I am so glad I made the decision to join Iron Belle. I have made some great friends, and look forward to working out because of the supportive and positive atmosphere. 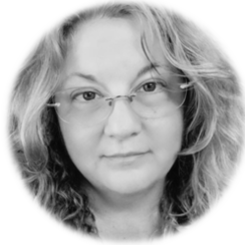 “It’s hard work but I feel amazing afterwards. They make sure you have the correct form and it’s a fun and encouraging environment!”

Learn How To Get Started! or Have Questions?